On May 7, 2016, Diana Bejarano Salgado was elected Councilperson At-Large, Place A, to serve the citizens of Del Rio. Diana is a retired Realtor with 28 years of experience in Real Estate Sales (18 yrs. in Northern California and 10 yrs. in Texas), she was the Quality Control Supervisor with California Canners and Growers (15 yrs.), and served several years in Insurance Claims and Accounts Payable/Accounts Receivable. Councilwoman Salgado was appointed and has proudly served over a period of approximately 12 years (only 2 absences) on the following committees:

Mrs. Salgado was Born and raised in Del Rio Texas, Diana attended local schools, obtained her California real estate licenses from Anthony Real Estate School in Saratoga, CA and Texas real estate license from Texas A and M University-Commerce. She has been married to Jesus Salgado for 60 years, the proud parents of Jesus Salgado, Jr. and Cindy Ladd, and the proud grandparents of Jaimee and Bethany Salgado and Jessica Ladd.

Diana strongly believes the most important aspect for any elected official is the people need to be represented by the office:

I will do everything in my power to listen to your concerns and hopefully find a solution. We must meet today’s challenges and have a long-term vision for the future. Neighborhoods are the backbone of our city and we must work to strengthen them for Del Rio’s future. One person cannot do anything without the help and support of others and that’s why by working together we make it possible to achieve progress and seize new opportunities. You have my pledge to be a voice for family neighborhoods, conscience participation and your representative on Council. Together we can make a difference, we can make it happen. 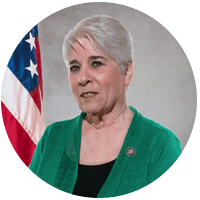