Councilmember Raul C. Ojeda, Jr. was elected to a four-year term for Council District at Large Place C for the City of Del Rio, following a runoff election in May 2018. Councilman Ojeda is a Del Rio native, grew up in El Rincon del Diablo in the San Felipe neighborhood, and is a proud graduate of the Del Rio High School class of 2001. He enrolled at the University of North Texas later that year in the fall and completed his Bachelor of Arts in Spanish with a minor in Social Sciences in August 2005. While at UNT, he was fortunate to have studied Spanish Literature abroad at the Universidad de Barcelona, Spain. Soon after college, he moved to his favorite major U.S city -New York- where he worked for an architecture firm. After returning to Del Rio, Tx, he taught Algebra at Del Rio High School.

Councilman Ojeda is passionate about public service and worked for Texas House District 74 during the 81st Legislature in Austin. Additionally, Ojeda worked at the Meyerson Symphony Center and the Latino Cultural Center in Dallas as a cultural programs coordinator; the center is a division of the City of Dallas’ Office of Cultural Affairs and is a leading institution for Latino arts and culture in the state of Texas.

His interests include ancient art and architecture, cosmology, Roman and Greek history, and their respective languages. He enjoys going to the gym, floristry, yoga, fencing, and skiing. He understands his hometown is full of potential and his goal is to help realize that potential with the talents of the constituency. 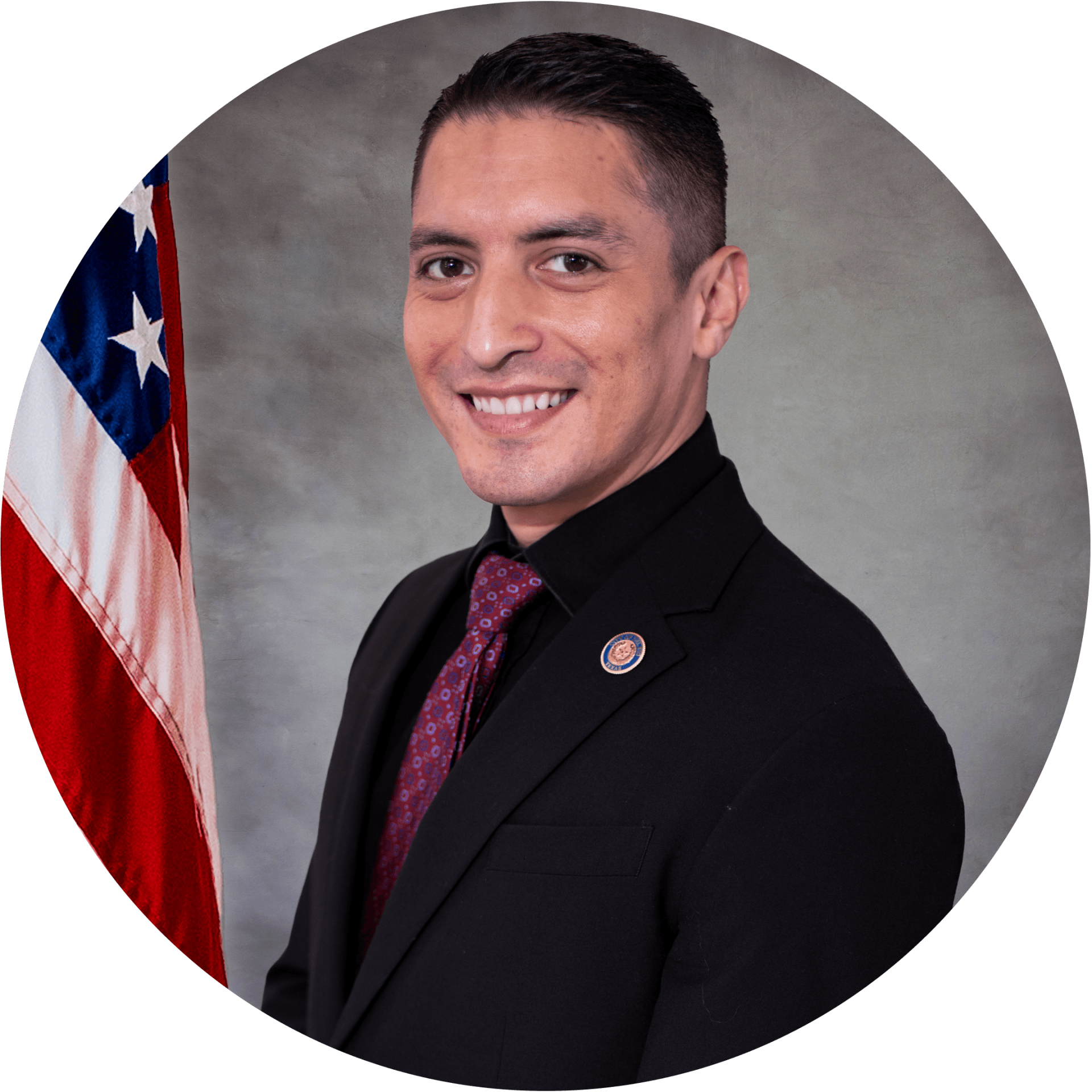